Plant a tree in memory of Willy
An environmentally-friendly option 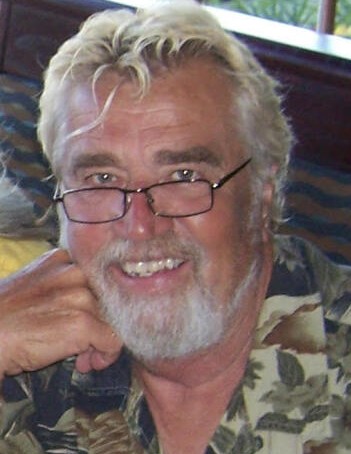 Willy Peter Hofmeister, 73, died on Thursday April 8, 2021. He died quietly, with his wife Connie by his side, at his home in Divide, CO, after a long battle with cancer.   That day was the first day of The Masters, his favorite golf tournament, and we are all hoping he got the best seat in the house.
Willy was born on October 15, 1947 in Osterholz Scharmbech Germany to parents August and Margot Lengsfeld Hofmeister.
Willy married Connie Holford Barritt on May 22, 1982 in Las Vegas, NV.
For 42 years they loved hanging out together, rockhounding, seeing friends and family, traveling, and were each other’s best friends.  Connie cared for Willy on her own until the very end.
Willy graduated from Santa Monica High School in 1966. He was drafted into the Army in 1968. He served in Vietnam where he was a Tracked Vehicle Mechanic and was Honorably Discharged in 1970 as an E-5.
He then became an Volkswagen mechanic, built motion picture sets for Universal Studios on the TV mini-series Centennial, and was a steel erection foreman.
Willy was always an outstanding athlete.  Any sport he attempted, he did well at: baseball, softball, skiing, and golf.  He was an avid golfer and would go anytime he had the chance. He loved his regular golfing buddies, Kelly and Michael, but would play with anyone; men, women, teenagers, and what he called “old guys”! He belonged to the Men’s Association at Patty Jewett Golf Course in Colorado Springs, and kept himself in golf apparel, clubs, balls, and bags for years with his winnings from tournaments.
Willy could fix anything, and totally remodeled his home.  He loved tinkering in his garage while he listened to his blues, rock and roll, country, and folk. He sang all of the time, and knew the words to hundreds of songs, and “all” of the words to Dylan’s.
He is survived by his wife, Connie Hofmeister of Divide, CO. Daughter, Christen Weatherford & her husband Bill of Cleveland, OK. Grandson, Riley Weatherford & fiancé, Ciara Harmon of The Village, OK. Great Granddaughter, Rowan Grace  Weatherford, also of The Village, OK.
Brothers, Harold Hofmeister & his wife, Pat of Fresno, CA. Michael Hofmeister & his wife Vanessa of Walnut, CA., and five nieces and nephews.
Willy was preceded in death by his parents, August and Margot Hofmeister of Santa Monica, CA., a sister Sibylle Hofmeister Avis of Gardnerville, NV., and niece Emily Hofmeister.
Willy is being cremated and his friends and family will gather to celebrate his life at a later date. He will most likely be put to rest at the Pikes Peak National Cemetery.
If you knew Willy and would like to celebrate his life, go play a round of golf in his honor.

Plant a tree in memory of Willy by clicking here.
To send flowers to Willy's family, please visit our floral store.

A service summary is not available

Plant a tree in memory of Willy
An environmentally-friendly option

Plant a tree in memory of Willy

4 trees planted in memory of Willy

My thoughts and prayers are with you.
Lindsey Martin

A Memorial Tree was planted for Willy Peter Hofmeister

Plant a tree in memory of Willy