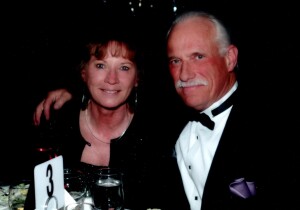 Gary John Starr, age 76, of Florissant, Colorado passed away at his home in Bear Trap Ranch on September 4, 2022.

A man of many talents, Gary was a master residential building designer.  Over 50+ years, he created thousands of plans that were designed for comfortable, efficient and joyous living.  Gary graduated from Michigan State University with a B.S in mechanical engineering, but architecture was always his first love.  After a four-year apprenticeship under a registered architect, Gary started his own business designing homes in Lansing, Michigan.  Seeking a sunnier climate, he moved to Colorado Springs, Colorado in 1974 where he continued his residential design career.  Following his love for the mountain country, Gary and his wife Bobbi moved to the Florissant, Colorado area in 1993, where he continued to craft his imaginative designs for Colorado Springs clients as well as his rural contractor friends and neighbors.

Over the years, Gary was an active member of the Housing and Building Association of Colorado Springs, where he received many awards for design excellence and also held membership in the American Institute of Building Design.  Additionally, he served as the architectural consultant on several Homeowner Associations and was actively serving on the High Forest Ranch and Turkey Canon Ranch HOAs at the time of his passing.

An avid motorcycle rider, Gary had many bikes over the years but his favorites were always BMWs.  He was a guitar player and singer and played with a band in Michigan named Mulligan Stew who entertained at wedding receptions, Elks Clubs and similar venues.  After moving to Colorado he continued playing for friends and family and enjoyed occasional jam sessions with friends.  Gary was also a talented artist, creating many oil paintings which he gave to family and friends.  He also crafted custom stained glass mirrors and clocks, which he sold.  Gary was known for his subtle tact on the job, his skill at the grill (BBQ chicken was his specialty), his quirky sense of humor, and most of all for his infectious smile.

A Celebration of Life will be held on Sunday, September 25th from 2:00 p.m. to 4:00 p.m. at the Ute Pass Cultural Center located at 210 E. Midland Avenue in Woodland Park, Colorado.  Please join us to share some memories.

To send flowers to the family or plant a tree in memory of Gary John Starr, please visit our floral store.

A Memorial Tree was planted for Gary